TweetShareGoogle+Email
Creating digital stories that people living in your city will share and talk about doesn’t have to be complicated. 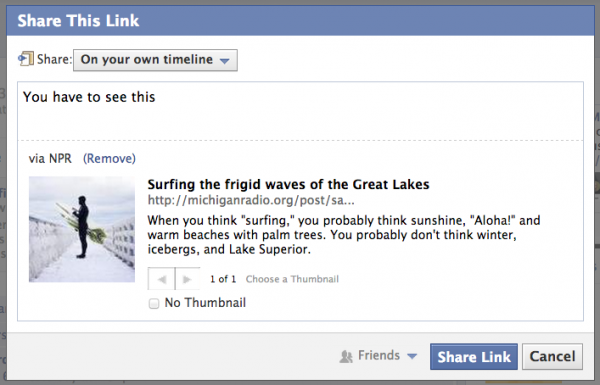 The Local Stories Project shows that the tactics to create shareable stories cross state lines (all the way from Alaska to D.C.). The station editors currently involved in the project have a lot of knowledge that the rest of us can learn from -- especially if you're applying to join them in the project. We asked those station editors to share some tips for creating those shareable, local stories. 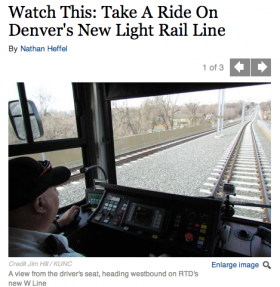 Go with your gut:

Think about that quick feeling you get when you first see something and think “Oh, cool,” KUNC’s Digital Media Manager Jim Hill said.

Know where to find and follow the conversation around news as it happens in your community to discover new angles to cover. 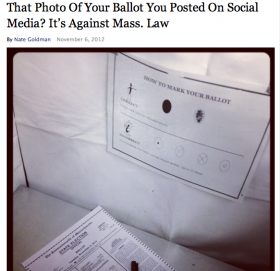 A recent example is that the songs "Dirty Water" and "For Boston" climbed the charts on Spotify in response to the Boston Marathon explosions, he said.

His favorite example is from November's elections when he spotted a tweet from a local reporter saying the state  told the reporter it was "illegal" to post a photo of his marked ballot.

"We did a little digging and, lo and behold, found EVERYONE (figuratively) was taking photos of their ballots and posting it on Twitter and Instagram," Goldman said. "It ended up being a very fresh and fun angle to the election story, especially because we were just biding time until the polls closed."

Example: That Photo Of Your Ballot You Posted On Social Media? It’s Against Mass. Law 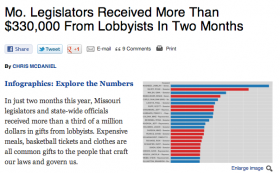 “If it’s a really complicated topic or wonky in any way – find the person that is affected by it and focus on that,” Proud said. “People react to people – people remember people.” 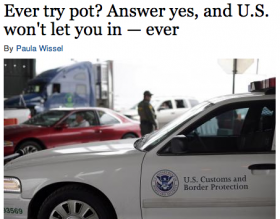 Home in on the most interesting part of the story, KPLU’s Online Managing Editor Martha Kang said.

“I think the key is finding the hook—the thing that's unique to the story, be it a great quote, a strange detail—and putting that hook front and center,” Kang said.

Example: Ever try pot? Answer yes, and U.S. won't let you in — ever

What are the topics and stories that your community really cares about? Make sure to keep an eye on those, KTOO new media producer Heather Bryant said. 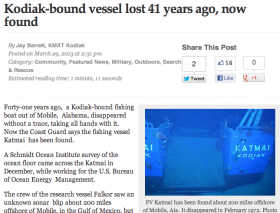 In Juneau, the two hugely shareable topics are their relationship with the government, and stories about the great outdoors. They use Twitter lists to keep an eye on dedicated legislature tweeters, and then put down social media and head outside.“So we still make sure get out and talk to people as much as possible,” Bryant said. 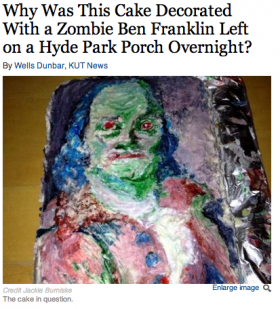 “Headlines are important. Super important,” Dunbar said. He brainstorms headlines in a separate Word doc until he gets the perfect fit. And if a story doesn’t have a visual? Forget it.

“I've held stories until we've gotten the right art,” Dunbar said. “Much as the title can inform/direct a story, artwork can also direct the course of a story.”

Example: Why Was This Cake Decorated With a Zombie Ben Franklin Left on a Hyde Park Porch Overnight?

This post is part of an occasional series highlighting stories and tips from stations in the Local Stories Project. Stay tuned for more about stories and the reporters behind them. And don't forget to apply to join.